Apply for M.Sc. in Information and Communication Technology in Europe

Circular for Review of Options for Resumption of Academic Activities

A Video Tutorial on "How to attend the online classes using MS Team". Click here and watch 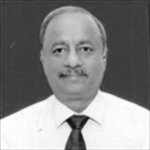 Lt Gen. (Dr) Venkatesh graduated from Mysore Medical College in 1978 with an exceptional academic record and was commissioned in Army Medical Corps in 1979. He acquired his MS (ENT) from Mumbai University in 1986 and has been an outstanding ENT Surgeon.   He has undergone training in Cochlear Implantation and Neurotology in India and abroad and is among the earliest Cochlear implant surgeons of the country. He has contributed significantly in the field of medical education, having trained generations of undergraduate and postgraduate students in the Armed Forces Medical College (AFMC), Pune and, also, having had the unique distinction of holding, over the years, all the academic positions in AFMC, from Reader to Dean. He was also a founder faculty of the department of Medical Education Technology at AFMC.

Lt. Gen. (Dr) Venkatesh has served in the armed forces for 38 years, during which, besides academic, he has also held numerous administrative appointments, and is credited with many achievements. He was instrumental in instituting the “on-line admission process” for UG, PG and Post-Doctoral admissions to the Armed Forces Training Institutions that ensured total transparency and efficiencies in the system. His pursuit of and efforts towards quality and process improvements were recognised by NAAC in accrediting AFMC with a CGPA of 3.66 out of 4, in March 2015. Dr. Venkatesh was also the head of the premier training establishment of AMC that provides training to all para medical personnel of AMC and medical officers of AFMC.

Dr Venkatesh has been an inspector of MCI and NBE and has also been on various committees of MCI, NBE, ICMR and MOH & FW.  He is an assessor of NAAC as well.