A Video Tutorial on "How to attend the online classes using MS Team". Click here and watch 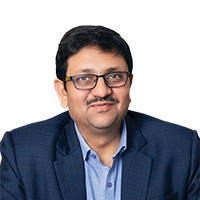 Dr. Sharma was visiting Professor in EPFL, Switzerland during May-August 2014 and collaborates with senior scientists in MEMS and Nanotechnology area at CEERI, Pilani, IISc Bangalore and IIT Bombay.

He is First recipient of Kris Ramachandran Best Faculty Award in 2010 at BITS, Pilani and was given a Public Felicitation in 2013 by Ramakrishna Mission for his contribution to Science and Engineering.

Currently Dr Sharma is working in Interdisciplinary areas of MEMS and Nanotechnology. He has Three PATENTS, over 100 technical papers in peer reviewed high impact factor journals and National and International conferences, around three dozen invited/keynote talks in India and abroad and with ten funded projects from nodal agencies like DBT, UGC, CSIR-CEERI, NPMASS and Industries. He is Guest Editor, Journal of Bionanoscience (Springer), Associate Editor of International Journal of Smart Sensors and Intelligent Systems.