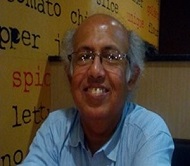 Dean, Faculty of Science and Professor of Physics, Department of Physics,

Prof Mukhopadhyay is worked as a Chief Scientist at CSIR- CENTRAL GLASS AND CERAMIC RESEARCH INSTITUTE (CGCRI) at Kolkata. He joined CGCRI, Kolkata in 1986 as a staff scientist and presently heads the Advanced Mechanical and Materials Characterization Division of CGCRI where he leads a group of about 30 people including staff and students. He has more than 150 publications in peer reviewed SCI journals and more than 151 papers presented in national and international conferences, 7 patents and three books published by internationally famous publishers CRC PRESS. He has guided more than 50 B.Tech and 40 M.Tech students for their dissertations. He has also guided 6 students for their PhD degrees and is presently guiding 5 more students for their PhD degrees. He has citation index of about 2500, h index of 27 and i-10 index of 66. He is a life member of MRSI, EMSI, ASI and ICS. He served as Vice Chairman of MRSI, Kolkata Chapter during 2009 to 2014

He did his Masters in Physics in 1982 and PhD in Science in 1988 from Jadavpur University, Kolkata. He did his post doctoral work at the University of Sydney, Australia from 1990-92, Research Centre, Juelich, Germany in 2000 and University of Saarbrucken, Germany in 2010. He has organized and chaired technical sessions at numerous National and International Conferences within the country and abroad, and has delivered about 50 Invited, 30 Key Note, and 10 Plenary Talks. He has also taught in more than 20 FDP programs across the country. He is an internationally well known expert in mechanical behaviour of ceramics, thin films and coatings. He has won many awards including the prestigious Sir CV Raman award from the ACOUSTICAL SOCIETY OF INDIA and the MRSI MEDAL from the MATERIALS REDEARCH SOCIETY OF INDIA. His research area mainly focuses on synthesis and characterization of Nano-materials, fracture and deformation of brittle solids at Nano to Macro length scales.

Born in Nadia (West Bengal), Prof Anoop is married to Mrs. Manjulekha who is a home maker.